Hispanic Heritage Month is in full swing! From September 15 to October 15, this national holiday celebrates the rich cultures, contributions, and histories of Spain and Spanish-speaking countries in Central America, South America . The holiday has its roots all the way back to 1968 with its creation by President Lyndon Johnson, and it has only grown over time thanks to its expansion to a month by President Reagan. A month of festivities, dances, and delicious food, Hispanic Heritage Month commemorates the tireless battles for independence won by many countries on September 15, 1810, such as El Salvador and Guatemala, and September 16 by Mexico. The streets of Hispanic countries around these anniversaries of independence fill with glowing colors, blaring music, and rocketing fireworks as the people celebrate their freedom from Spain. In the US, with an entire month created to honor the vibrant Hispanic world, there are infinite ways to celebrate, starting with Valpo!

Here on campus, the club LatinX in Valpo for Excellence (LIVE) brings the party to the University  with weeks of cultural activities. Kicking off Hispanic Heritage Month (HHM) with crafts and later a night of lotería and pan dulce, LIVE shared the hype around the importance of Hispanic culture — and of course its delicious food! Coming up, don’t miss LIVE’s annual HHM dinner on October 7! A night of feasting, dancing, and music, the HHM dinner welcomes all students and brings the campus together in celebration of its LatinX students. This year, philanthropist and NPR speaker Saul Flores will speak about his work photographing the lives of Latin American immigrants and raising funds for an elementary school back in his hometown. Finally, ending the month of celebration with a bang, LIVE will host an evening of ballet folklórico on October 23 to share the beauty of traditional latin dance with its billowing, colorful dresses and intricate footwork.

Beyond Valpo’s campus, the city of Valparaiso honors HHM through the Valparaiso International Center’s yearly World Cultural Fest. Hosted this year on September 18 (Chile’s day of independence!), the World Cultural Fest showcased traditional Hispanic dress and dance and sold delicious food, such as the paella of the Restaurante Don Quijote. Walking the streets of Valo, another tasty way to celebrate HHM is Valpo’s new Mexican restaurant Veleros! Try their specialties of taquitos dorados, enchiladas, and coconut shrimp, or check out Valpo’s other Mexican restaurants like La Cabaña, El Salto, and El Amigo. Lastly, at the top of the HHM “bucket list” is Chicago’s National Museum of Mexican Art which celebrates the independence of Latin American countries with stunning artwork from around the world.

Whether through blasting salsa music at family gatherings, attending LIVE’s numerous events, or trying food from Valpo’s diverse collection of restaurants, don’t miss out on celebrating the beautiful Hispanic culture during Hispanic Heritage Month. To learn more about HHM, check out Valpo’s Spanish blog HispaValpo  for articles on campus events and Hispanic culture!

You can also learn more about the University’s commitment to Diversity, Equity, and Inclusion (DEI) by watching this video from Assistant Vice President for DEI Angela Vidal-Rodríguez.

Must Haves for Your First Residence Hall | Valparaiso University

One of the most important pieces that should go hand in hand with your college application is the... 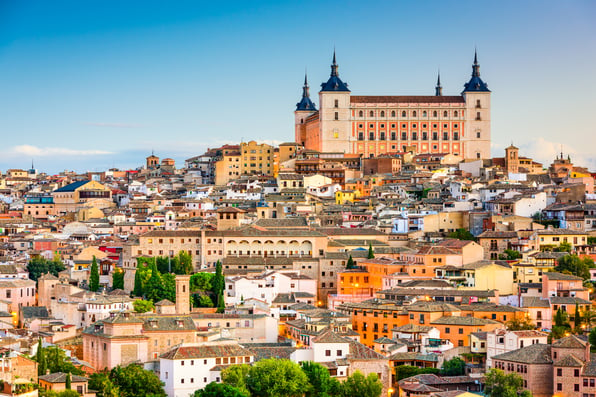 In honor of Hispanic Heritage month, the Beacon Blog is collaborating with a Hispanic student-run...