A Day in My Life as a Physics Major | Valparaiso University

There have been countless times here at Valpo that I have heard the following, “I don’t understand anything in my physics class!” Or “How can you major in physics; this is way too hard.” I’ve heard the latter a lot more than the former because of TAing and tutoring for the physics and astronomy department. I mean sure, physics and astronomy are hard, but that doesn’t make them any less enjoyable than any other major. Often people only focus on what makes studying physics hard, and not the things that make the major fun, interesting, useful, and many other things (I’m a physics major not an English major ok?).

Physics and astronomy are some of the coolest and most interesting classes that I have taken here at Valpo, so let’s look at a few of them and why they were so enjoyable. One of my all-time favorite classes was An Introduction to Galactic Astrophysics and Cosmology (ASTR-253). Sure, its title sounds like it’s a hard class, which it occasionally is     , but that is part of what made them fun. I was able to learn how galaxies form and interact with each other, what causes the expansion of the universe, how we know the universe is expanding, what causes stars to form, the physics of supermassive blackholes in the center of galaxies, black holes at centers of galaxies that are eating huge amounts of matter, dark matter and how it changes the universe overtime, and so many other things.    I have also been able to take courses in Stellar Astrophysics, Quantum Mechanics, Nuclear Physics, Observational Astronomy, and  a slew of labs that really taught me how physics is done. Besides Galactic, the labs I have taken are probably my favorite courses here. Some things I got to do in labs were measure the speed of light, determine constants that govern how the universe works, irradiate materials to see how they react to radiation, observe variable and binary stars, and much more (just to avoid repetition) . On top of classes and labs I’ve had amazing opportunities to work and research in the field itself.

Since the summer of my freshman to sophomore year I have been working in the physics and astronomy department in some capacity. Between freshman and sophomore year I worked with Professor Gibson-Even on the STAR Project —      a nationwide collaboration at Brookhaven National Laboratory (yes, I got to work with a national lab! Unfortunately, due to Covid we were not able to go there, but every year prior students were able to)  investigating how the proton works. Between my sophomore and junior years, I worked with Professor Hrivnak trying to figure out how a particular type of star works by modeling their variability in brightness. Now, between my junior and senior years, I am working with Professor Hillwig on binary white dwarfs in planetary nebulae, attempting to determine the fraction of binary white dwarfs and if we can observe them. Each of these projects has given me the opportunity to determine what I want to do for a career and an experience in how real research and work in physics/astronomy is done. Because of these experiences I am also set apart from many other students nationwide who did not have the opportunity to conduct research, giving me a step up when it comes to applying to and studying in graduate school. Not to mention the fact that by the time I graduate I will have gone to at least four national conferences and presented at three of them. Although I’ve had great academic and career experience, ones that have truly helped me for my future, the best thing about being in physics and astronomy is the community that we have here.

Since not many people study physics and astronomy, the department is small. We currently have maybe 20 to 25 students total, and eight faculty members. Because of these numbers,  students and faculty have incredible opportunities to develop a relationship outside of the classroom, one where the faculty well and truly care for their students and their wellbeing. This has been a huge benefit to many of the students, myself included. If you just had to deal with a hard personal situation that is affecting your mental health, just let your professors know. They are some of the most understanding educators I have ever met. But it goes beyond that. Do you need advice about life?      Many of the faculty are happy to help. Mentioned something going on in your life in passing by? I’ve had several faculty members ask and see how that thing was. Yet it’s not only the faculty who acts this way. I have met some lifelong friends who are also studying physics and astronomy. The other students whom I have met here are some of the nicest and smartest people I’ve met in my life. Since there are so few of us, bonds develop quickly, especially since we are one of the few departments on campus that has a dedicated space just for students. It’s a place where they can just sit and hang out, play games, watch movies, sleep, or do work (I have seen all of those happening at once). 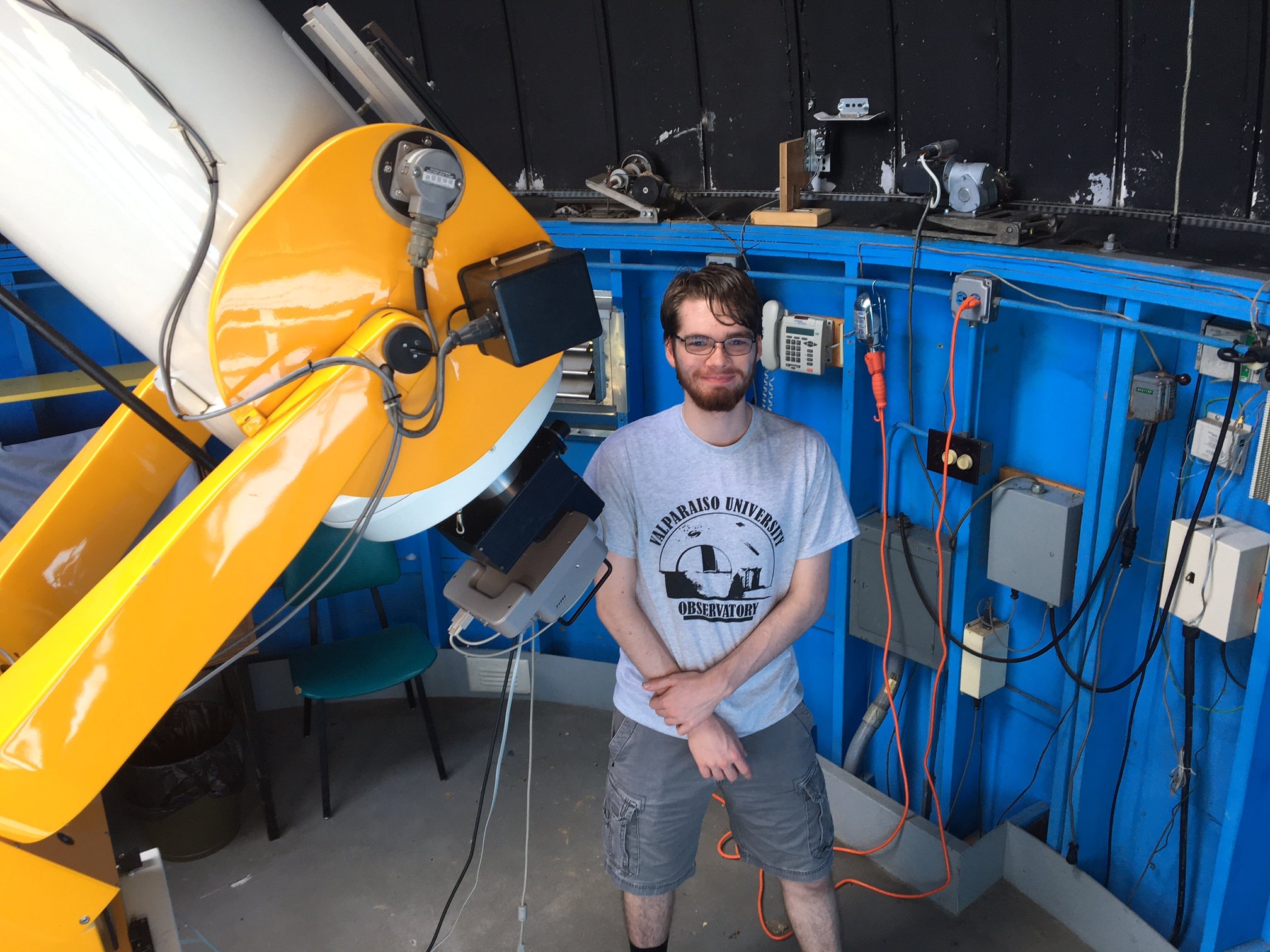 10 Things I Wish I Knew as a Freshman | Valparaiso University 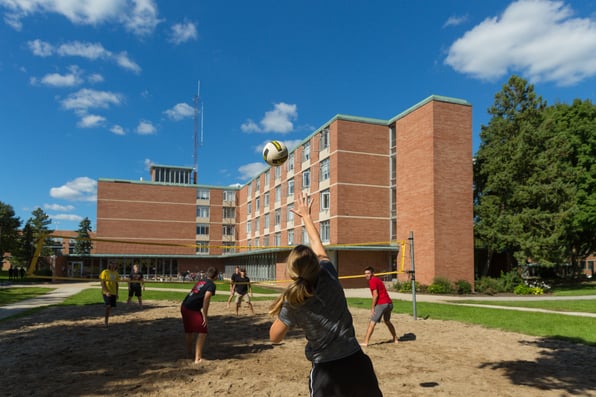 Making the Most of Your College Experience | Valparaiso University

Moving into Brandt Hall my freshman year when I had only stepped on Valpo campus a handful of times...

Must Haves for Your First Residence Hall | Valparaiso University 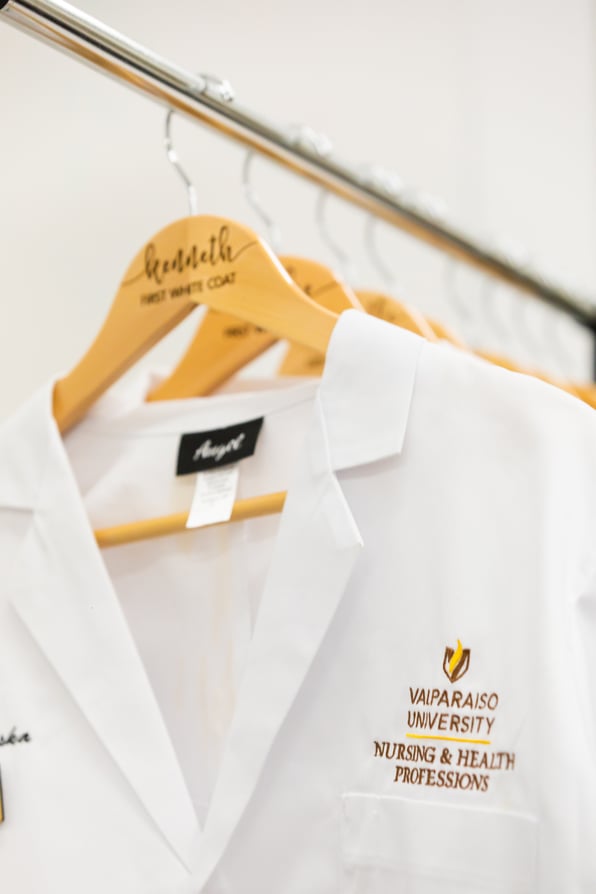 A Day in My Life as a Nursing Major | Valparaiso University

Introduction: Hi everyone! My name is Charlesiana Roberts and I’m a senior nursing student with a...